Released in late 1990 in Japan as Super Famicom (Family Computer), in 1991 in America and mid 1992 in Europe, the Super Nintendo Entertainment System quickly became a huge success. I'm not sure about this, but I guess it became Nintendo's best selling console.

Powered by a 16-bit 65c816 processor running at 2.68 to 3.58 MHz (changable), it had a weaker heart than the SEGA MegaDrive, but a much more powerful Picture Processing Unit (PPU) which allowed not only a higher resolution (up to 512x448, interlaced) but also more colors (256 incl. transparency out of 32,768). But not only that, the PPU also provided very good hardware acceleration for several drawing actions, like rotating and scaling (which was used very often to fake a 3D mode). The console had 128kB RAM plus 64kB video memory and 64kB audio memory. Using a Sony SPC7000, the SNES also had very good audio quality and hardware features for the programmers. 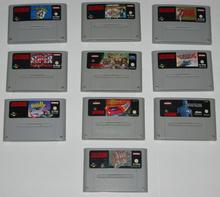 Nintendo's game god Shigeru Miyamoto provided what I personally think to be the best of all Mario games, Super Mario World, for the SNES. Nintendo also released all previous Super Mario Bros. games with better graphics (but unchanged levels and gameplay) as Super Mario All*Stars, all of them excellent jump'n'runs which every fan of that genre has to own !

The SNES is a very neat device, enhancable by custom chips in the game cartridges. For example, the 3D flight game StarFox (aka StarWing) used a chip called Super FX which provided the power to do the necessary 3D calculations. There are also multiplayer adapters avaible, allowing up to five players to play games that supported it (e.g. Bomberman allowed up to four players... this game is soooo much fun with four players :-) 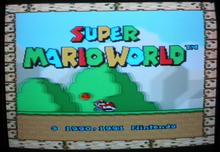 There are tons of games avaible for the SNES, of all genres. Fans of fighting games will probably remember the StreetFighter series, which were very successful and on which even a very good anime and a not-so-good-but-not-really-bad-either movie (with Kylie Minogue, among others) were based. This StreetFighter movie is the first movie-based-on-a-game that I know of. Fans of the side-scrolling shoot-em-up genre may remember Super R-Type or the fun shoot-em-up Pop n' TwinBee.

Even some PC games like DooM, SimCity or the great dungeon game Eye of the beholder were ported to the SNES. 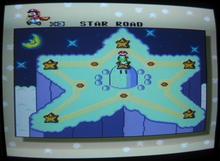 Lots of expansion stuff is also avaible, like a mouse (which is supported by Mario Paint, SimCity and others), a light gun and even a light bazooka. AFAIK theres even a VR glove avaible, but I don't know for what game this was intended. The Japanese market even saw a satellite modem.

Due to the wide range of good games (and even bad games) the SNES is still a very cool console to play with. Consoles and games are still widely avaible, for example through eBay and sometime even in original packages through some specialized dealers. 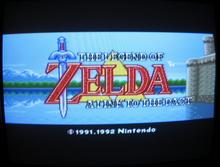 You can also get many different emulators for various platforms. One of them is SNES9X which is avaible for no less than 16 (my counting) platforms, from MS-DOS to Windows 9x/ME/NT/2000/XP to Linux, FreeBSD, Solaris, Mac OS and even AmigaOS. I've wired a defective multi-player adapter with a parallel port printer cable, allowing me to use SNES joypads under Linux, so I can play SNES games on my laptop under Linux with an original SNES joypad. Very nice if you have games which are broken, like my beloved ShadowRun which is a great end-time RPG based on the pen-and-paper RPG ShadowRun.